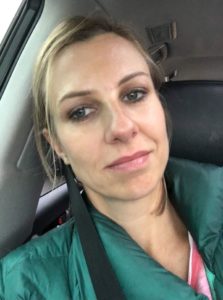 One Saturday I was outside with my kids when I noticed a neighbor who just moved in running by with his little boy to the house across the street. The little boy who lived there came out to greet them and they all bounded off together.

“Wow…” I thought, “those guys are sure buddy buddy.” And in the pit of my stomach I felt rejected.

I suffer from what psychologists call “Rejection Sensitivity.” It’s a tendency to “anxiously expect, readily perceive, and over-react to social rejection.”

I find that a lot of self described approval addicts have it. Many describe trauma in childhood — alcoholism, violence, abuse, an unstable or unpredictable home life. Some experience social exclusion at school– bullying is a biggie. Some report having a pretty mild childhood but encounter some kind of social exclusion as adults.

However you get it, one of the consequences is paranoia around rejection.

Me as case in point… The neighbors, I learned later, had actually sent a text to my husband that morning which he missed. Apparently, their little girl had fallen off the bed and hurt her head. The reason the new neighbor was running to their house that morning was to watch their son while they rushed to the hospital.

You might feel mortified when you don’t get a response to a friend request. Or you might interpret a sour look from the guy next to you on the plane as a sign he’s annoyed with you. Maybe you come to the conclusion that your sister disapproves of your parenting because she couldn’t make it to your son’s birthday party.

We glob onto these stories as a way to protect ourselves from further rejection but what ends up happening is we undermine our ability to connect with other people.

If you find yourself on constant alert for rejection, what you have to do is change that rejection narrative immediately!

Your first reaction might be to send a whiny email to your friend, or phone your mother to complain about your sister or shoot sour looks in retaliation.

This will only create what you fear. Your story of rejection will cause you to act defensive or angry at the people around you leading them to run for the hills rather than hang out with you.

So when you encounter a social situation that makes your brain scream “rejection!” stop making it all about you.

Because there are a million ways to interpret the situation. If you’re going to make up a story about it, you might as well make one up that doesn’t cause you to act like an asshole.

That guy on the plane who shot you a sour look? Maybe he has gas.

The point is, you don’t know! When you make the sour look mean he rejects you, you’ll have a miserable flight. If you make that sour look mean something else that brings you relief, you might actually end up figuring out a way to feel compassion for that guy. And who knows, he might need you to hunt down some Pepto Bismal for him.

If you found this helpful, I’ve got A LOT more to say on the subject. Join me for my upcoming FREE master class:

The Life-Saving Magic of Self Forgiveness: Feel Better, Manifest More and Transform the Voice of Self Doubt into Your Greatest Asset.

I’m going to be sharing brand new material about rejection sensitivity and approval seeking plus how to transform the voice of self-doubt into your biggest asset. You don’t want to miss it!

Prepare to have your mind blown.

P.S. I shudder to think of the number of hours I’ve spent over the years feeling rejected, trying to avoid being rejected or spinning and spinning in my mind over past rejections. Now I get that all that obsessing came from one fundamental problem: MY OWN REJECTION OF MYSELF. Want to learn more? Join me NEXT WEEK for my free masterclass. REGISTER HERE.