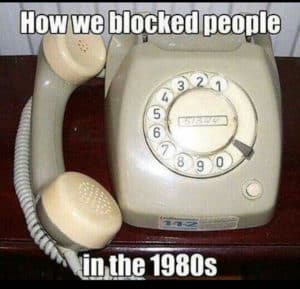 “The world is messy; there are ambiguities. People who do really good stuff have flaws. People who you are fighting may love their kids, and share certain things with you.” – Barack Obama

Lots of things got cancelled this year, parties, sports, performances… and people.

A few months ago, for example, a friend posted something on FB that triggered me. It was shortly after the Almeda fire. My family was nearly evacuated. Friends lost their homes. Two kids on the baseball team. Teachers. Classmates. Skeletons of entire neighborhoods sat abandoned, scorched and reduced to rubble.

It was so overwhelming for me that I had a panic attack, after a ten-year remission.

I found my friend’s post to be bad timing at best, tone-deaf and insensitive at worst. So I disagreed with her and posted something I thought would offer a different perspective.

And she blocked me. Someone I’ve known since I was eleven.

Just so we’re on the page, I’m talking about blocking, unfriending, ghosting or otherwise rejecting another human as punishment for not living up to your expectations (expectations often not explicitly stated).

Ten years ago a good friend “cancelled” me because I didn’t return her call while vacationing with my family. Over the years, I sent her cards, invited her for coffee dates and posted happy birthdays to her wall. No response.

Last year I sent her this:

I want to say to you that I really hate how you dropped me as a friend. It really hurt me. I really loved you and I thought you cared about me and my kids. I have moved on obviously but I want you to know that you hurt me and I’m over it. Anyway I do wish you well and I hope you are happy.

I wish you well too. Thanks.

I had hoped to open up a dialogue but all I got was a confirmation that she was done with me.

Other forms of cancellations can be more subtle. Someone I considered a dear friend didn’t drop me abruptly. Instead it was, “Sorry I’m busy. I have three minutes to talk and then I have to go,” and “if you want to see me, come to my coaching event (and bring lots of friends).”

Our once daily calls turned into once a week then once a month then not at all. When I reached out to talk about it she shrugged me off. “I thought we both just got busy.” “That’s not my take,” I had replied. She never responded.

I seriously considered “cancelling” my own father this year after a political debate went ugly in a very public way.

I blocked him then I went to see my therapist. Eventually I wrote him a letter. I told him how it felt to be on the receiving end of some truly awful treatment and shared some other hard things about our relationship that I had been holding onto for years.

I feared it would be the end of our relationship. Instead, he sent me five hand written pages of apology, responsibility and personal accountability. It shocked me. And it brought us closer because he was able to hear my truth and take responsibility for the pain he caused.

So before you consider cancelling another human, here are a few things to consider:

Cancelling people is chicken shit (and lazy) because when you cancel other people you do it to avoid hard conversations. Instead of confrontation, you simply hit delete. No awkward conversations, no accountability, no taking the time to see your own responsibility in the conflict. You get to stay nice in cozy in your own fixed views.

Rejection is excruciating for humans. That’s why it’s used as a way to punish, silence and control (solitary confinement, ostracism, being banned). Rejection, in whatever form it takes, feels as painful as physical attack because the brain doesn’t distinguish between a punch in the face and getting ghosted. Social exclusion, I would argue, can be even more tortuous because the pain of rejection leads to emotional trauma that can last for years.

You’ve got to be pretty damn cozy in your moral certainty to eliminate a person from your life just because they don’t behave according to your “standards.” But here’s the thing: people are human and humans are complicated, multi-layered, flawed and this year they’re also really really fucking stressed out. So ask yourself oh wise one: could it be possible that you might have something to learn from this conflict? Maybe a different perspective might do you some good or at least offer you the opportunity to practice compassion, forgiveness and tolerance.

When you cancel another human for not living up to your expectations, you seek to silence dissent and control other people. You expect people to fall in line with your world view and behave in ways that make you comfortable. The message is loud and clear: I will love you if you meet my standards of behavior that I expect you to implicitly know even though I don’t tell them to you.

Look, I get it. I hate confrontation too. But one thing I’ve learned this year is conflict, as painful as it is, leads to new perspective when both sides genuinely seek to understand the other. When you cancel another human you miss the chance to learn something and grow into a more kinder, more understanding and compassionate person.

Hey spiritual people! I get it, you’re super evolved. But I would argue that the most spiritual thing you could do is forgive. Be honest: how much forgiveness are you incorporating into your practice? Let other people be flawed, let them make mistakes, let them disappoint you. If you struggle with this my hunch is you aren’t letting yourself be flawed, make mistakes and disappoint yourself.

Spiritual people like to say things like “I just don’t resonate with her energy anymore,” or “I learned what I needed to from that relationship and now I’m moving on,” but let’s be real… you’re just being a snob. Or maybe you don’t resonate with that person anymore…That’s fine but have the hard conversation first or you’re just a chicken shit with Mala beads.

The bottom line is that humans say stupid shit, they do misguided things, they make errors in judgment and they hurt people. (You are human too by the way.) Not every relationship is meant to last. And I’m not telling you to put up with abuse or tolerate shitty behavior.

What I’m proposing is that you GO THE DISTANCE.

May it be a year of compassion, forgiveness and so much love.