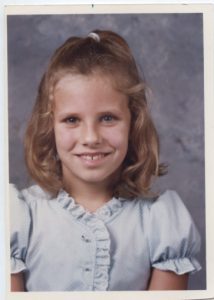 “The world is messy; there are ambiguities. People who do really good stuff have flaws. People who you are fighting may love their kids, and share certain things with you.” – Barack Obama Lots of things got cancelled this year, parties, sports, performances… and... read more

Yesterday I spent most of the morning tinkering around the house. I did a little laundry, I fixed a nutcracker, ordered a shower cap from amazon. You know, trivial things. I can’t even remember what the hell I did for two hours… You know what else? I loved it. I made... read more

In Finding Your Own North Star, Martha Beck shares a concept called “the urge to merge.” It’s an “intense, almost chemical reaction that comes out of nowhere that makes some person, place or thing so attractive to you that for a while you can’t think about much else.”... read more

27 Hacks to Cope with Anxiety [Repost]

The other day I made tentative plans with a friend to do something over the weekend. The day before, I realized I had to do some “momming” (this is my new word for running around like a decapitated chicken trying to get kids places on time), so I texted her to cancel.... read more
« Older Entries
Next Entries »